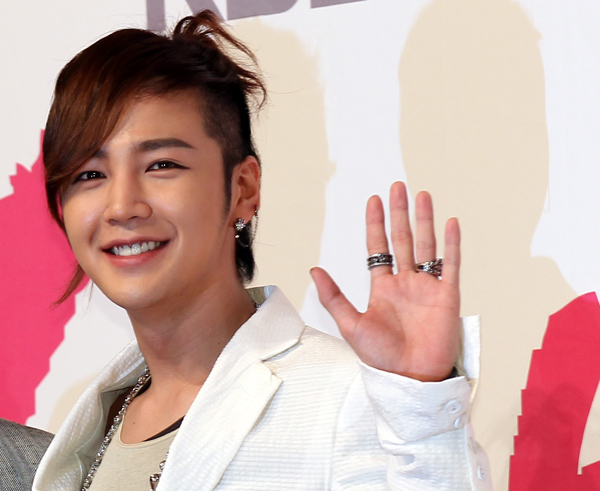 
Hallyu star Jang Keun-suk will kick off his Asian tour, “The Cri Show 2,” in his home country on July 7 at Hwajeong Gymnasium at Korea University, Seoul.

This is the first time that Jang has chosen Seoul as the first concert date on an Asian tour. Tickets released for the show went on sale online at 8 p.m. yesterday.

At the show, Jang is set to sing songs from his newly released Japanese album, “Just Crazy.”

Fans can expect to see performances of the album’s title track, “Crazy Crazy Crazy,” as well as the songs “Abracadabra” and “Stay.”

After his Seoul performance, Jang will perform in Japan at Yokohama, Osaka, Nagoya and Fukuoka. Then he will move on to Shanghai and Shenzhen in China, Taiwan and Thailand.

Last week the artist, dubbed “Prince of Asia,” showed he had a simple side by writing a cookbook titled “Jang Keun-suk Love Recipe,” which went on sale Sunday in Japan. It contains 20 recipes of Jang’s favorite meals to cook for friends, family and even that special someone.