2PM member reinvents himself on the cover of Men’s Health

2PM member reinvents himself on the cover of Men’s Health 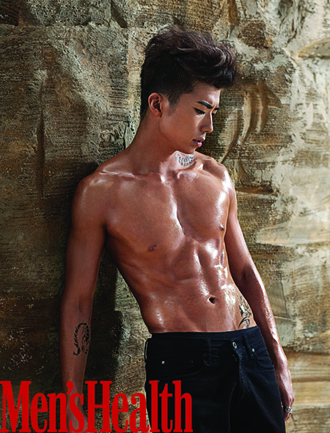 Wooyoung has become the fourth member of the boy band 2PM to land himself on the cover of Men’s Health magazine.

To prepare for his appearance in the July edition of the fitness magazine, Wooyoung underwent grueling physical training and followed a strict diet in a bid to promote himself as “the man Wooyoung” instead of relying on his identity as a boy band member.

JYP Entertainment said on June 19 that everyone was surprised with the outcome.

“With constant workouts, Wooyoung wowed us all with his new body, complete with killer abs and a back and shoulders rippling with muscles,” said a representative from the agency.

Wooyoung followed the concept “a warrior from the future” in the photo shoot and took the time to personally pick out props for the scenes in which he was photographed.

An associate editor at Men’s Health Korea said that he was impressed by the entertainer’s professionalism.

“As there were a lot of shots that required him to take his top off, he had to work out on set too,” the editor said. “His dedication compared to other previous cover models was just astounding. He should be called ‘Man of Determination.’”