Kwon Sang-woo is sick in China

Kwon Sang-woo is sick in China 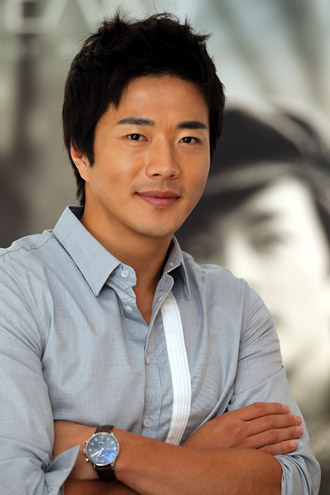 Actor Kwon Sang-woo has fallen ill in Dali, China, where he has been filming the drama "Poong Hwa Sul Wul."

Kwon contracted enteritis Monday morning and was unable to seek medical treatment immediately, his health deteriorating as the day wore on.

Given his condition, production was to be postponed, but Kwon refused to let his sickness disrupt work.

Later in the day, Kwon uploaded a picture of himself on Weibo, the Chinese social networking site, with the comments, "I couldn't sleep a wink last night due to enteritis. Currently on-set filming; worst condition I've been in; this is terrible."

On his official Web site too, Kwon wrote, "I have no strength and can't eat a thing except for rice porridge. Owner of a Korean restaurant here has kindly given me some medicine."

Besides his current work in the Chinese drama, the 35-year-old star spent most of last year filming the Hollywood movie "Chinese Zodiac," starring Jackie Chan.