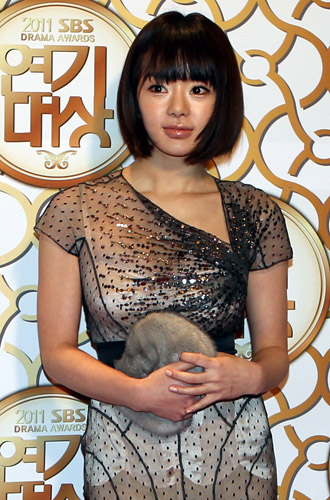 Actress Seo Woo has become the latest entertainer to find love on the set.

Following in the steps of Yoo In-na, who admitted she was dating her co-star, Seo's agency said she is dating actor In Gyo-jin, whom she met on the set of the SBS drama "If Tomorrow Comes."

Although the show ended in April, the two have just started dating, according to their agencies.

The characters played by the actors had no romantic links or significant ties, thus the announcement came as a bit of a shock.

"They are still getting to know one another," Seo's agency said yesterday.

The confirmation comes after an Internet news Web site reported earlier in the day that it spotted the two enjoying a date at a cafe in Hannam-dong, central Seoul, acting very lovey-dovey.