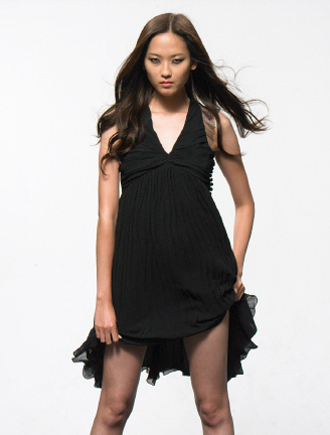 Supermodel Hye Park revealed that among her many admirers is Hollywood heartthrob Josh Hartnett.

On an episode of “Taxi,” the talk show in a taxi, which aired on Thursday night, Park said that Josh Hartnett invited her over for dinner at his house.

Park said that the two met on the set of a photo shoot for a fashion magazine and that he was “so polite and courteous” that the Korean model started to think that he had an ulterior motive.

“I was thinking, ‘Does he like me?’ Then surprise surprise, he actually asked if I’d like to have dinner with him at his house in Malibu. I asked if I could bring my husband, and then Josh didn’t contact me again,” Park revealed. 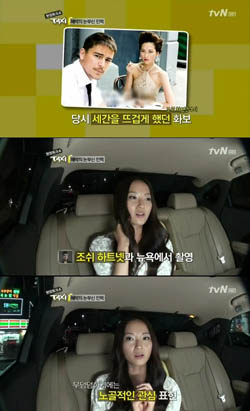 When asked what it was like working with the Hollywood star, Park said that she could see why women swooned when they saw the American actor, who appeared in films like “40 Days and 40 Nights.”

“I had a bit of cake on my lips, and he wiped it away for me with his thumb. If I was cold, he’d be cheeky and ask if I wanted to jump inside his coat,” Park divulged.