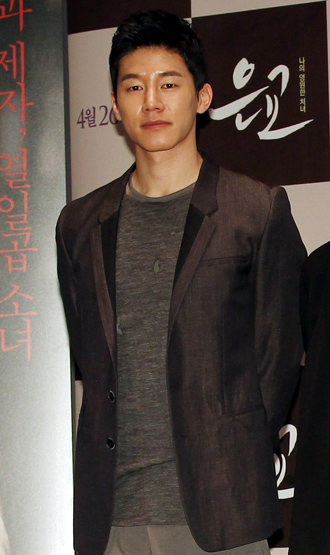 Kim Moo-yul worked as a security guard, construction worker and at a mobile phone factory to earn bread for his family, according to his agent yesterday. The agent came to the defense of the 30-year-old actor under growing public criticism over allegations he dodged his compulsory military service.

Yeo Jun-yeong, the head of agency Prain TPC, said that Kim’s family was not merely poor but that it was “nearly impossible” for them to make a living since Kim was in his late teens.

“At the time of his enrolling at Sungkyunkwan University in 2002, his family’s [financial] condition was so bad that he was almost unable to continue his studies,” Yeo said in a blog. “He considered joining a special military force after he heard that he could make 30 million won [$25,884] by doing that, but he put off going to the military after his father collapsed due to a cerebral hemorrhage and he began taking care of all of his family members.” Kim rose to stardom after the release of the film “Eungyo” (2012).