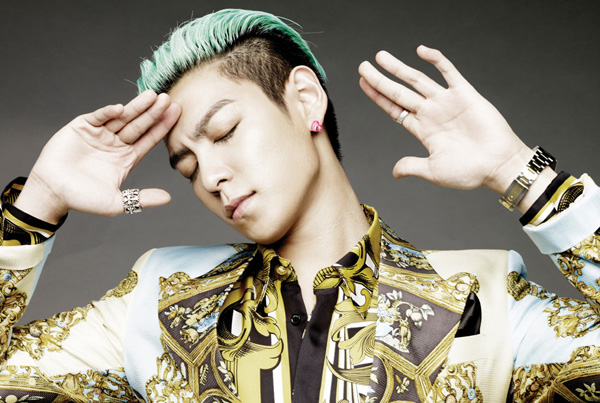 The 24-year-old boy band member is set to star in action/melodrama “The Alumni” alongside Han Ye-ri from the movie “As One” and 12-year-old actor Kim You-jung from this year’s hit drama “The Moon that Embraces the Sun.”

T.O.P will play the role of a teenaged assassin named Myung-hoon from North Korea who has been assigned to kill in a bid to save his sister’s life.

The plot unfolds when Myung-hoon meets the female protagonist played by Han, with whom he falls in love.

“The Alumni” is being directed by Park Shin-woo, who was also behind the hit movie “White Night” (2009). The Hallyu rapper said he was looking forward to returning to movies.

“I was attracted to the character of Myung-hoon, who embodies both the traits of a serial killer and the purity of a young high school student,” T.O.P said.