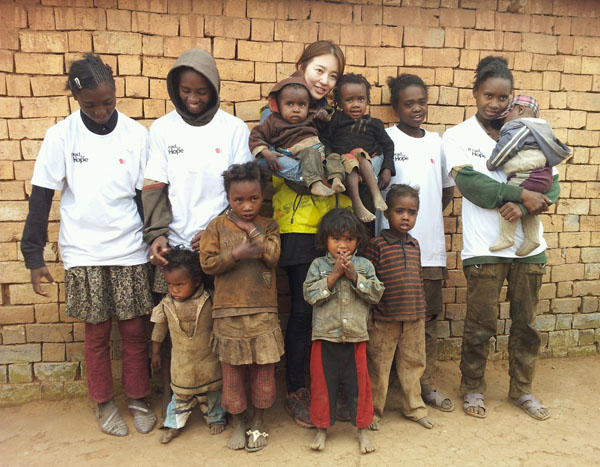 In the morning of June 25, Yoon updated her Twitter, saying, “I made it back safely, finishing the project in success. For the beautiful nature of Madagascar, the lovely children who are facing the reality of starvation, I pray and hope that they soon will be blessed and helped by many.”
The update was accompanied by a picture of Yoon smiling with two Malagasy children in her arms.

In response to the picture, netizens praised Yoon’s efforts, saying it was nice to see Yoon taking part in such charitable deeds in the island country in the Indian Ocean.

Meanwhile, Yoon has started her post-graduate studies at Chung-Ang University this year March.