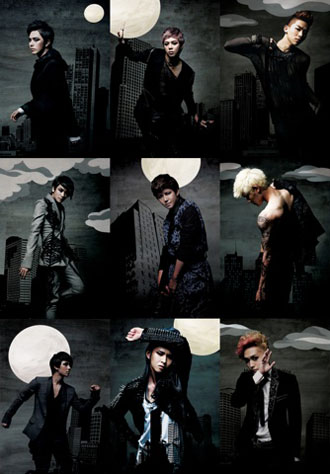 On June 25, boy group ZE:A gave out 704 hugs to unsuspecting shoppers at a mall in Ilsan, Gyeonggi, as part of a challenge on an Mnet television show.

The hosts of “Yoo Sae-yoon’s Art Video,” a behind-the-scenes entertainment program, dared half of the seven-member boy group to run on treadmills while the other half tried to hug 704 shoppers. The number 704 was chosen because the group’s second album “Spectacular” will be released on July 4.

The members achieved their goal in 40 minutes and promoted their new album along the way. .

“The event was done without any publicity beforehand, so it wasn’t certain that the group would finish the task successfully,” said the group’s representative. “However, despite the members’ busy schedule, they all gave their best and were successful.”

ZE:A will showcase its new album on July 3 at 7:30 p.m. at the Yonsei University Concert Hall. It will hit shelves the next day.