Girls’ Generation snaps up the second spot on the Oricon

Girls’ Generation snaps up the second spot on the Oricon 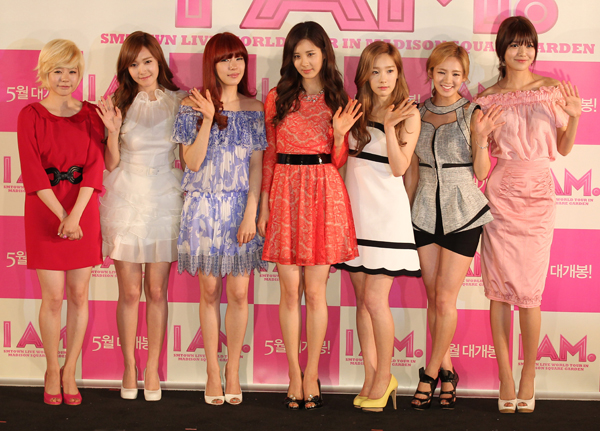 
Just one day after releasing the single “Paparazzi” in Japan, Girls’ Generation has secured the second spot on Oricon’s daily chart on June 26.

More than 42,525 copies of the new EP, which is being described as “surreal” and somewhat different from the band’s previous hits, were sold in less than 24 hours. The EP marks the Hallyu band’s first Japanese release in 14 months.

Ahead of the EP’s release, a promotional teaser video for the song was made public, arousing much interest among fans as it featured the Hallyu girl group decked out in trench coats and being chased by the paparazzi.

Just over a week ago, the nine-member girl group was voted the “girl group with the best dance moves” by users on Japanese mobile phone ringtone Web site Recochoku.com.

Japanese netizens gushed over the Korean girl group, calling its members “stylish” and “in perfect sync with one another.”