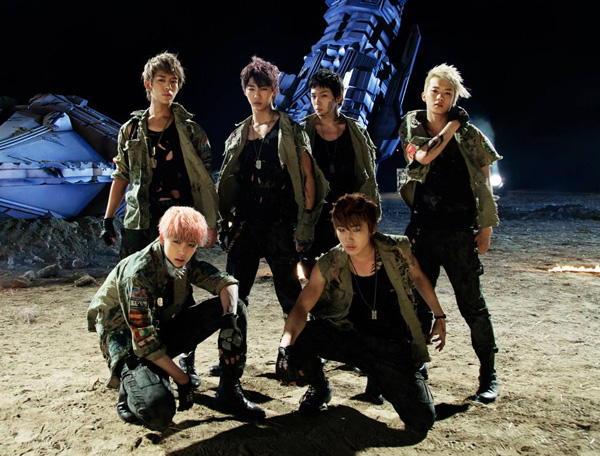 
VIP tickets to boy band B.A.P’s show in Taiwan were sold out five minutes after going on sale.

According to the organizer, G-Music, 600 tickets went on sale Saturday, adding that it is rare for a newbie K-pop group to claim such a feat in Taiwan.

“After the tickets were sold out, fans kept inquiring and demanding more tickets. Local media, too, have been calling, all wanting a piece of the band,” said a spokesperson from G-Music.

In May, the five-month-old band made headlines by appearing on the cover of Taiwan’s leading Hallyu magazine, “Trendy.”

On its success, the group’s agency said the band was rising to prominence in the K-pop scene “as a band like no other.”

Yesterday, the six-member boy band left for Macau, where it will take part in the “K-Pop Nation Concert In Macao 2012.”

The group will join a star-studded lineup of K-pop acts such as Girls’ Generation, SHINee and U-Kiss before making its way to Malaysia for its first solo concert.
By Carla Sunwoo