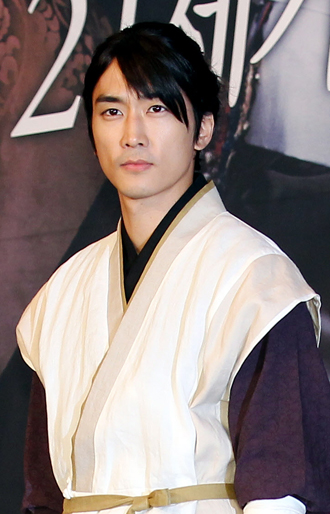 According to a spokesperson from the drama, Song sang the theme song for his character Jin Hyuk titled “Last Love.”

The track will be released on online music Web sites at midnight, July 6.

“Song completed the recording even throughout his busy schedule. Thankfully, his sweet voice came in great harmony with the soundtrack,” added the source.

“Time Slip Dr. Jin,” a story of a time-traveling doctor from the 21st century to the Joseon Dynasty, airs Saturday and Sunday on MBC.