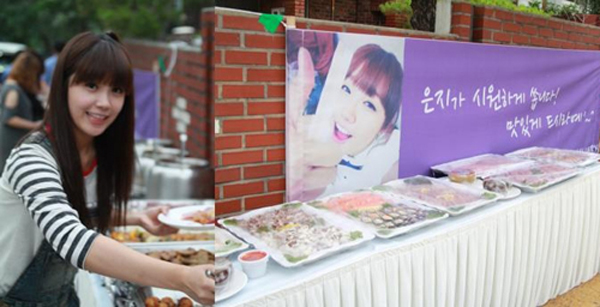 A Pink’s fan club bought meals for Eunji and her fellow actors on the set of the girl group member’s new drama.

The fans visited the set of the tvN show “Respond 1997” on July 4 to support the singer, who is taking on her first acting role. Buffet meals were offered courtesy of the fan club for the entire day.

In the past, the same fans treated the film crew to ginseng chicken soup.

“Thank you so much to the fans who came to the set not just once but twice,” Eunji said. “I was touched by their generosity, and I hope that I can return the favor with my hard work as a singer and an actress.”

Meanwhile, A Pink will return to the stage on July 7 with its next song “Bubibu” during an appearance on MBC’s “Show! Music Core.”