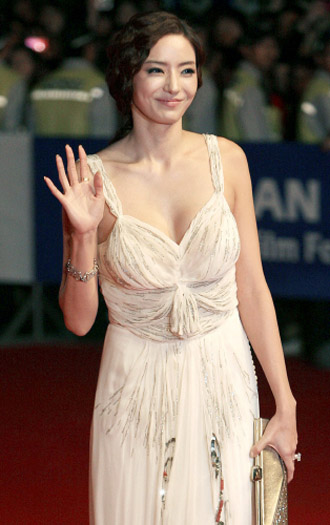 Actress Han Chae-young’s name was one of the most searched yesterday as the result of a report that her villa would be auctioned because she failed to pay interest on a loan.

Later in the day, Han’s agency explained that the allegations were not entirely true, but that Han and her husband, Choi, allowed a friend to use the villa as collateral for a bank loan.

“As it stands, Choi will have to pay back the interest as well as the principal amount,” said the agency, adding that the property will remain in the couple’s possession.

Earlier Wednesday, a real estate agency announced on its Web site that a villa owned by Han and her husband and mortgaged by KB Bank would be auctioned as the couple failed to pay the interest on two loans: 1.2 billion won ($1,055,149) in 2010 and then 1.3 billion won in 2011.

The Web site described the dwelling as a “luxury villa” located in Cheongdam-dong, southern Seoul, purchased under both Han’s and her husband’s name in 2009. The property was valued at 3 to 4 billion won.