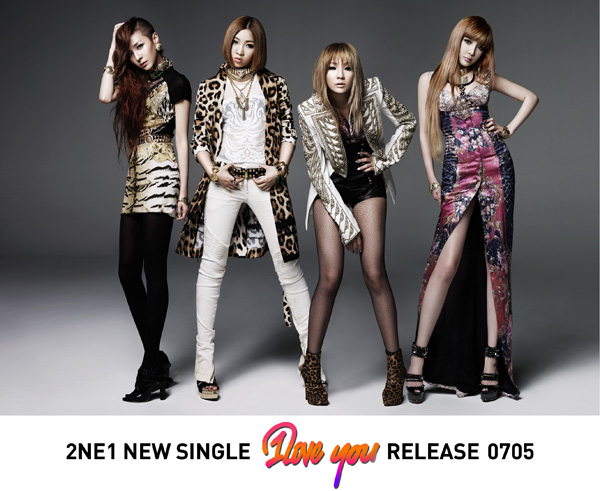 The music video of a new 2NE1 song hit the one million mark on YouTube yesterday within a day of being posted, a good sign for the girl group’s upcoming world tour.

The video of the song “I Love You,” an experimental dance number, exceeded 1.2 million hits and reached No. 1 on the charts of real-time streaming Web sites such as Melon, Mnet, and Bugs.

It is the first single for 2NE1 since the four-member group’s second mini album last July. The group performed the song yesterday on “SBS Popular Songs,” a K-pop music program.

“I Love You” mixes electronic music with trot, a Korean genre influenced by Japan’s enka and still thriving, mainly among older audiences. Known for a knack for experimenting, the group has said it will continue to try new things.

The group’s new world tour, encompassing 10 cities in seven countries, will start with a two-day concert at the Olympic Park, eastern Seoul, on July 28.