With solo, Jo Kwon makes no secret that he’s ‘Da One’

With solo, Jo Kwon makes no secret that he’s ‘Da One’ 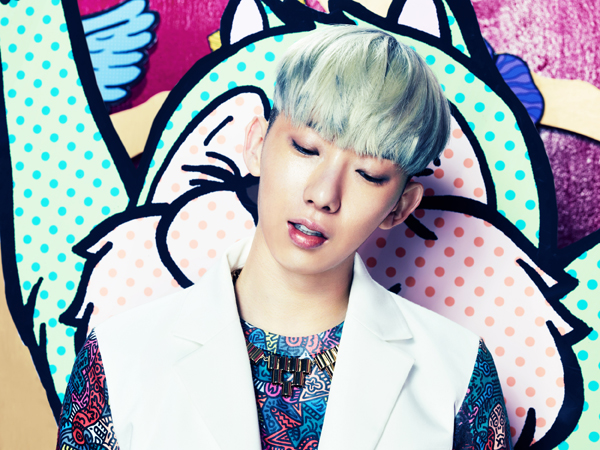 Jo Kwon has released his first solo album “I Am Da One.” With it, he says he hopes to project a “delicate but masculine sexiness.” Provided by Big Hit Entertainment


Jo Kwon says he aims to project a “delicate but masculine sexiness” as the leader of 2AM, and that’s where his 19.5-centimeter (7.7-inch) heels come in.

Some might think the killer shoes are just a little too much for a man, but it’s his unique appearance that gets him a lot of attention in the entertainment world.

Now popular for his playful and frivolous dance gags, he is now seeking to reinvent himself as a serious performer with the new solo album “I’m Da One.” The 23-year-old singer is said to have focused on militarily precise choreography and advanced break dancing moves in producing the new CD.

Ilgan Sports, the JoongAng Ilbo’s sports daily, recently caught up with Jo and asked about a number of topics ranging from his new album to his choreography and his Alexander Mcqueen style of clothing.

Q. Now that you have a solo album under your belt, how do you feel?

A. I really thank my agency and producer Bang Si-hyuk for giving me an opportunity to release a solo album. It is obvious that I still feel nervous, but it’s also great that many fans are looking for my album. I closely read people’s comments on my title song “I Am Da One.” Viewers’ likes and dislikes are clear. But I am confident that the response will be more optimistic with my performance on the stage. I put a lot of work into this solo album.

Have you always had a desire to be a solo singer?

I think so, but the same goes for every aspiring singer. No one really wants to debut in a group. I was extremely happy when it struck me that I would be singing all the songs on the album by myself. My parents were happy, too. But, soon, it did burden my vocal cords. I really miss the members of my group.

The performance of “Animal” might be difficult for men. Who else could possibly express masculine sexiness and sensibility while wearing 19.5-centimeter high heels? That’s what makes me unique.

What part of the process of creating an album do you care about the most?

It was about deciding on an album concept. Some expect cute and comical ideas, and others want quirkiness seen in singers like Lady Gaga. All of the staffers at my agency had to gather together to discuss the main theme because there were just too many suggestions.

Tell us a bit more about “I Am Da One,” the name of your album and its title track.

I could not ignore the notion of popular appeal. I selected a song to satisfy my fans, especially those who love my jolly side.

The genre is pop-electronic, and so the music could reflect my character as a joyful man. The song is definitely easy to listen to.

You seemed to work hard on choreography.

Choreographer Kyle Hanagami who also appeared on the U.K. music competition program “The X Factor” came to Korea and handled choreography. I was shocked at the complex dance moves he created.

The fashion used in the performances is also unique.

I participated in creating the style and tried to add pop-art details to it. I have a fairly good sense of style.

While performing the song “Animal,” why do you wear high heels?

Animals usually stand on their claws when they feel threatened. High heels can create a similar tension. As for my clothing, it was inspired by a crow.

Jang Woo-young of 2 PM will release his solo album at around the same time. How do you feel about this potential competition?

We are really close, and we already know the main concept of each other’s album. We encourage each other by saying things like, “Let’s become top global musician after releasing our solo albums!” We cheer each other on through Twitter and text messages. I don’t feel any rivalry with him whatsoever.