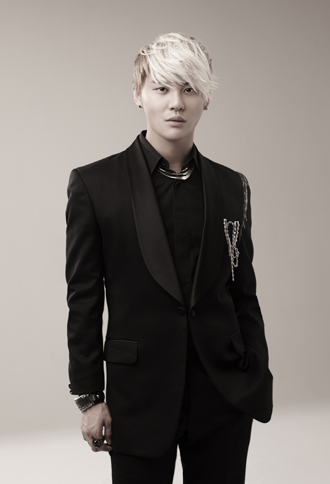 Kim Jun-su’s song “Tarantallegra” has taken the No. 1 spot on the monthly Asian Music Chart in Germany.

CJeS Entertainment announced on July 10 that the title track from Kim’s solo album landed first, while second place went to Big Bang and third to B.A.P.

“JYJ performed in Berlin last year, becoming the first Korean band to do so. No doubt, this has been crucial to Kim’s fame over there,” said a spokesperson from his agency.

Last month was also a triumphant month for Kim, who topped Japanese iTunes and came in 10th on the Billboard World Album Chart. He also placed first on a Chinese Web site with his music video.

Kim is currently on his first tour of Asia, which kicked off in May in Seoul. The tour will make its way to Thailand, Indonesia, Taiwan and mainland China, catering to some 30,000 fans.