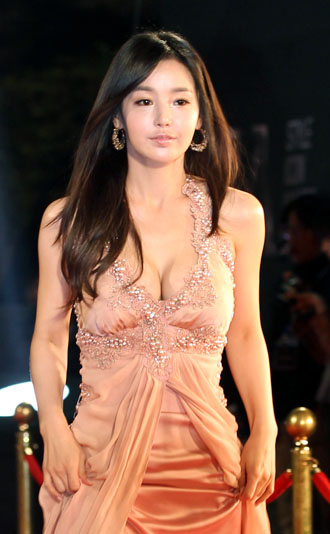 Singer-turned-actress Nam Gyu-ri will return to television in the KBS special “Butcher Barber.”

Nam will star alongside Park Sung-woong in the drama about a woman who tries to flee a loan shark by going into hiding at the house of an assassin posing as a barber. Nam will play the female lead, Mija, while Park will play the barber in the special feature to be broadcast on July 22.

“The atmosphere on the set is so much fun,” Nam said. “I’m taking in every little detail about the character in order to play the role of Mjia to perfection.”

As soon as filming for the one-day program ends, the 27-year-old star will start shooting for the full-length drama “Haeundae Lovers,” which will debut on Aug. 13 on KBS.

Nam rose to fame with the K-pop female trio SeeYa in 2006.

A dispute over her contract with the group’s management prompted Nam to leave the trio in 2009.
By Carla Sunwoo