Jang Keun-suk on vacation is a sensation in Paris

Jang Keun-suk on vacation is a sensation in Paris 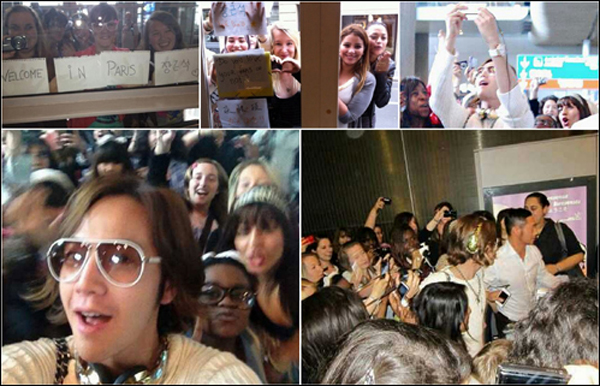 
Hallyu entertainer Jang Keun-suk can add France to his ever-growing list of countries conquered.
When Jang touched down at Charles de Gaulle on July 9, despite the fact that the 24-year-old was there for pleasure; fans flocked to the airport to greet the star.

With signs that read “I Love You” and “Jang Keun Suk” in Korean, Jang’s European followers treated the Korean entertainer to a fanfare.

Ahead of his visit to the City of Light, Jang had expressed his desire to tour Europe as a singer.
“I don’t like complacency; I want to keep striving and get out of my comfort zone. At the end of this year I’d love to perform across clubs in Europe,” Jang said.

The Hallyu entertainer has a dance music album on his list of credentials: His album “Lounge H: The First Impression” comprising of 10 songs was a collaboration with his musical partner Big Brother.
By Carla Sunwoo [carlasunwoo@joongang.co.kr]