Beast is back with album, fitness video

Beast is back with album, fitness video 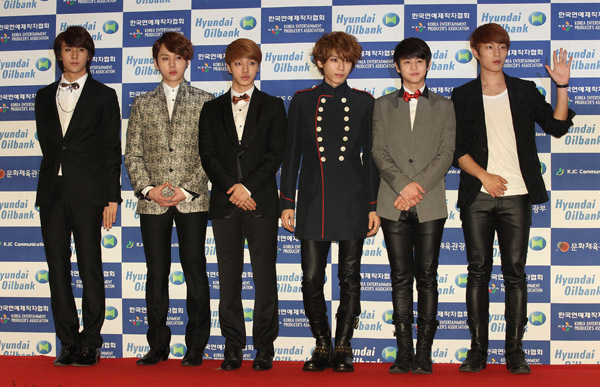 
Beast is making a comeback in more than one way: the idol group known for its fine physique is set to release an album and a fitness video in coming months.

Beast will release its fifth EP, “Midnight Sun,” on July 22; the album will be the group’s first in 14 months.

The announcement came on Wednesday when the band hosted a “Hangout Live On-air” session on its official Web site, which was a live chat forum for fans from more than 50 nations.

The new album will consist of six tracks and the band promises it will be full of unique flavor and sound.

As well as live-streaming with fans through Wednesday, the band also thanked its fan club “Beauty” for its continuous support.

“Beauty is like family to Beast. We are always grateful and we’ll keep working hard to deserve your love,” said the group before answering questions and sharing anecdotes from the set of its music video in New York.

The group is also set to release an exercise DVD by bodyART, developed by a Swiss gymnast and dancer. The video will be launched in Japan in September.
By Carla Sunwoo