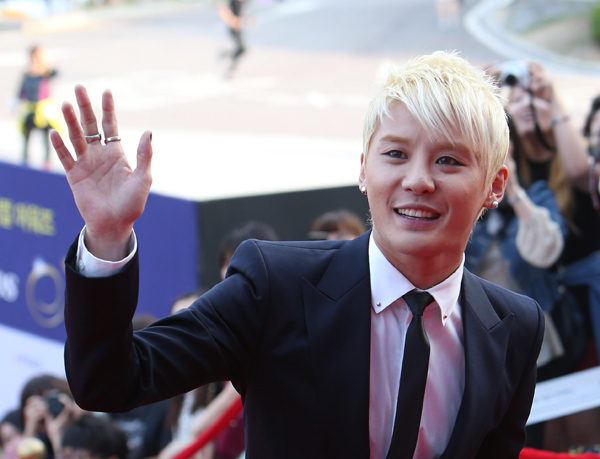 “It’s the first time that a Korean singer has been ranked in the top 10,” said a spokesperson for CJeS Entertainment.

Kim said he was thrilled by the accomplishment and feels the international appreciation of his music brings with it a “responsibility” to continue pushing forward.

“The fact that Chile is so far from Korea makes this so remarkable,” Kim said. “To think that I have fans who love me and my music over there - it makes me think I have a long way to go and a lot of responsibility on my shoulders.”

The 25-year-old star said that he attributed his world tour to the subsequent success of his album abroad.

Just days ago, the title track from the Hallyu singer’s debut album was also successful in Europe, becoming the No. 1 song on the Asian Music Chart in Germany.