BoA to release her seventh album

BoA to release her seventh album 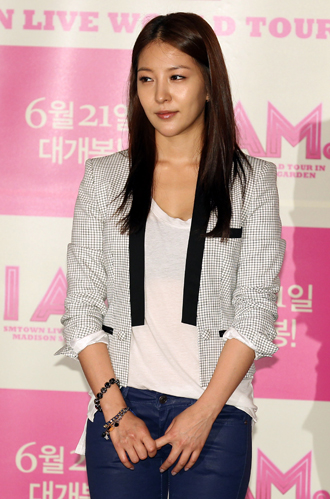 First lady of K-pop, BoA, is set to release her seventh album, “Only One,” on July 25, SM Entertainment announced yesterday.

It will be the 25-year-old’s first album since “Hurricane Venus” in August 2010.

“This is the first time that BoA has chosen a song entirely written by her to be the title track of an album,” said the agency. “You’ll get to see a mature side of BoA like never before.”

The digital version of the album will be released on Sunday.

Earlier this year, the star who has spent the past few years in Japan returned to Korea for a stint on the singing-audition show “K-Pop Star.”

In March, she released a 10-year anniversary DVD entitled “The Live 2011 X-Mas - The 10th Anniversary Edition.”

As well as being released in both Japan and Korea, the disc featured 20 live performances of BoA’s biggest hits including “Milestone,” “Merry Chri,” “No. 1,” “Valenti” and “Listen to My Heart.”
By Carla Sunwoo