So Ji-sub flavors to hit town

So Ji-sub flavors to hit town 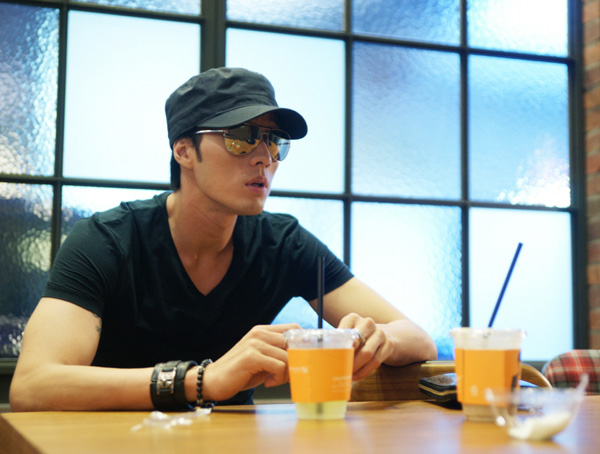 
To mark the one year anniversary of his café franchise, A Twosome Place, actor So Ji-sub developed and released two non-coffee beverages to be sold during summer at his 51K store in Apgujeong, southern Seoul.
Following the success of the drinks, CJ Foodville Corporation announced yesterday that the two drinks: Green Tea Lemonade and Citron Gingerade, will be sold across some 250 of Twosome outlets nation wide.

“Both the drinks were So Ji-sub’s idea; he just wanted to come up with new offerings to show thanks to the patrons,” said CJ Foodville.

The 34-year-old entertainer, who is currently starring in the TV drama “Ghost,” stumbled upon the idea of green tea lemonade while traveling abroad.
“He worked on the recipe development from spring and took part in all stages of taste testing to get it right.”
It was also the actor-turned-businessman’s idea to launch the lemonade in large-size cups “to cure the heat of summer.”

So has always been a big dessert and coffee enthusiast, and as well as being the official model for the coffee franchise, when he opened his own store he took the time to personally design the interior as well as take part in recipe developments.
By Carla Sunwoo [carlasunwoo@joongang.co.kr]