Sol B had depression; found solace in books

Sol B had depression; found solace in books 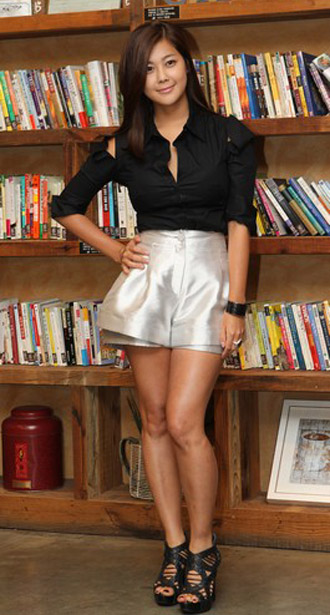 Singer Sol B appeared on a KBS talk show on July 16 and confessed that for the last two years she had been battling depression while flying under the radar.
The 27-year-old star said that the she had been seeking professional mental help to recover from various scandals and internet bullying.

“Because I was having such a hard time coping with all the negative comments left by netizens, someone recommended to me a psychiatrist. I went, and while getting treatment for depression, fell in love with reading,” said Sol B.
The entertainer confessed that she never used to read as a hobby, but it all changed when her therapist told her to go to a bookstore for homework.

“I went along just because I had to, but while I was there I became interested in reading.” The singer said that she was touched by various inspirational books and now took to reading as a way of relieving stress.
By Carla Sunwoo [carlasunwoo@joongang.co.kr]