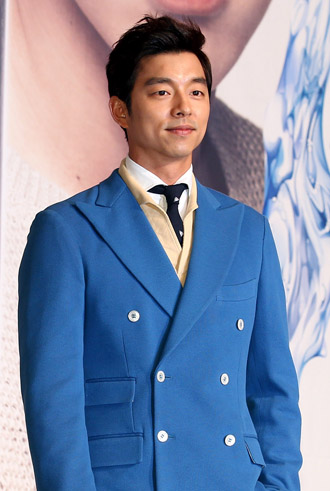 Singer is now another official vocation for actor Gong Yoo with a song under his name being released.

The production company in charge of the original sound track of the KBS Drama “Big” said yesterday that the 33-year-old actor’s ballad “Because It’s You” will be released through major local music streaming Web sites beginning today.

The song “Because It’s You” was originally sung by Davichi, a Korean female duo, for the KBS drama.

“It was a happy experience,” Gong was quoted as saying by his agents, referring to the recording of the song.

Gong showed off his singing skills in the soundtrack of “The First Shop of Coffee Prince,” a hit drama on MBC in 2007. He also sang for the movie “Finding Mr. Destiny,” a 2010 adaptation of the musical “Finding Kim Jong-wook.” The drama “Big” is marked Gong’s comeback to television after a five-year hiatus. The actor starred in the hit 2011 movie “Silenced,” where he played an art teacher at a school for hearing-impaired children.