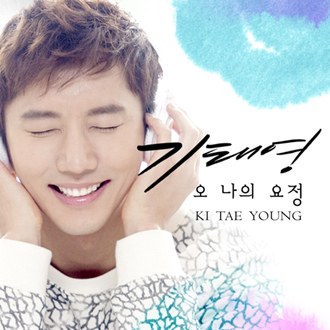 Actor Gi Tae-young has fulfilled a promise made a year ago to his wife Eugene by releasing a single entitled “Oh My Fairy.”
The single was released on July 23 to mark the couple’s first anniversary and contains some heartfelt lyrics like “Oh my angel, my woman, my wife.”

The song was originally to be released a year ago on their wedding day but was then postponed due to time constraints.

The two married back in July last year and starred in “Super Couple Diary,” a reality program that featured the stars’ honeymoon in Europe – a quest to taste coffee and master the art of the perfect brew.
By Carla Sunwoo [carlasunwoo@joongang.co.kr]