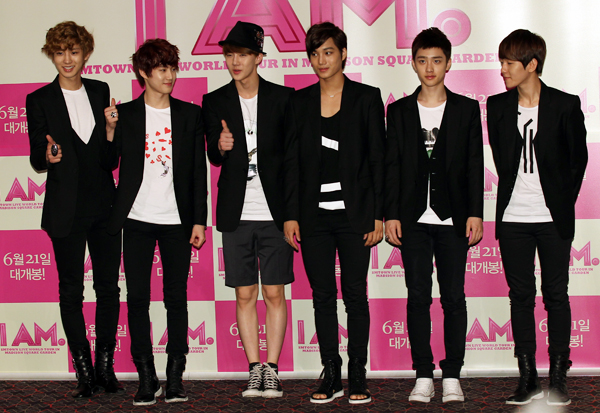 SM Entertainment’s new, conceptual boy band EXO, comprised of the two groups EXO-K and EXO-M, will come together to promote itself in Thailand.
EXO-M, which caters to the Chinese demographic, will leave for Thailand on July 26; meanwhile EXO-K, which targets Korean fans, will depart on July 27 to take in various interviews with Thai TV, radio and print media.

The demand for EXO-K and EXO-M is rising in Thailand, especially since EXO’s debut album “Mama” was received well there.
“This is the first time that EXO-K and EXO-M are taking on an overseas promotion together,” said a spokesperson from SM.
“We are expecting fans to turn up in droves.”

The boy band is said to be enthused about its first Thai visit.
“We will give it our best to make a name for ourselves in Thailand,” said EXO.
By Carla Sunwoo [carlasunwoo@joongang.co.kr]