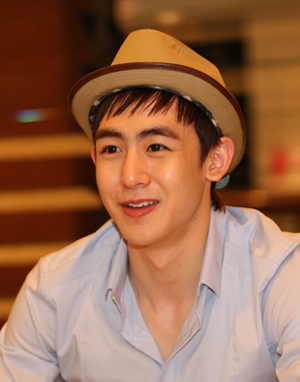 JYP Entertainment confirmed on Wednesday that the Japanese network told the agency that “2PM’s One-Point Korean” will not be shown temporarily.

Meanwhile, the Caribbean Bay water theme park has edited Nichkhun out of an advertisement that features him and his band members alongside Miss A’s Suzy.

One network that has stood by him is MBC. “Idol Star Olympics,” a special program featuring idol group members competing with one another, has decided to air the program as planned.

“We put a lot of effort into the program and as there are so many group shots with Nichkhun in them, we just decided to leave it,” said a spokesperson for MBC.

Nichkhun reportedly told police that he had two cans of beer; his blood alcohol level was recorded at 0.056, which was grounds for his driver’s license being revoked.