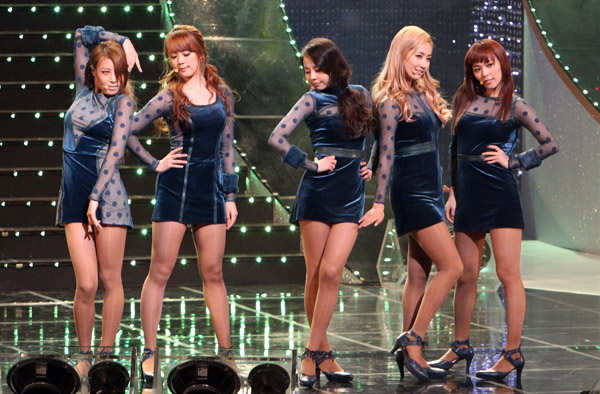 Japanese media reported the day after that the event was geared toward meeting as many fans as possible.

Ahead of the planned showcase, the girls spoke to various media outlets about their expectations in Japan.

“It’s exciting and scary at the same time,” said Ye-eun. “A new environment is always a little bit frightening.”

Meanwhile, Sohee of the group said that it was thrilling to be so close to the fans.

“We’ve never been able to perform at such a close range to our fans. We hope that you’ll all sing along and dance with us.”

The group released its Japanese debut album “Nobody for Everybody” on Wednesday; on the day of its release, the record was ranked seventh on the daily Oricon chart.