Chinese theater named after Miss A

Chinese theater named after Miss A 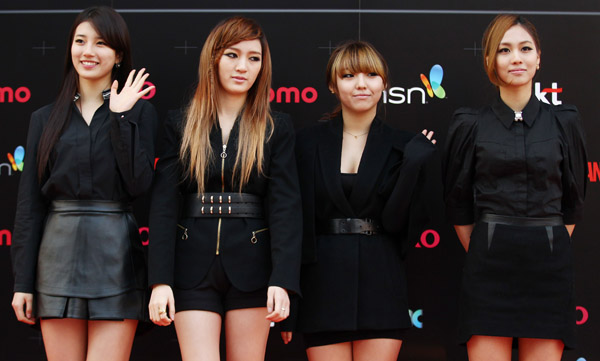 
Miss A attended a special event on Saturday at a CGV theater in Shenyang, China, as the cinema decided to name one of the screening rooms after the K-pop girl group.

The quartet was present at CGV Star International Studio for the opening of the theater and to meet with fans.

The group sang hit songs like “Touch,” “Goodbye Baby” and “Bad Girl, Good Girl.” Pictures with the girls were taken after the singing segment.

“The fact that a theater has been named after the group shows just what a force K-pop can be,” JYP Entertainment said of Miss A’s success in China.

The CGV complex opened in June in Shenyang, an industrial hub located in northeastern China. The theater is located in one of the business districts of the city and has attracted attention for its decision to name one of its theaters after a K-pop group.

Two of the four members of Miss A are of Chinese descent.