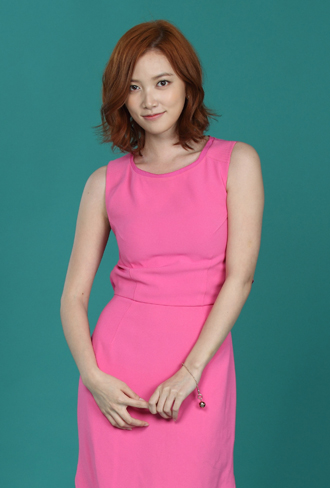 Actress Lim Joo-eun has been picked to be the female model for the cosmetics brand Beyond.
Lim’s agency said on July 31 that its talent was picked to represent the brand alongside Kim Soo-hyun, who is currently the face of the brand.

Lim starred in the horror drama “Hon” (2009) and in this year’s drama “Wild Romance” alongside Lee Si-young and Lee Dong-wook.

Meanwhile, Kim is currently the face of more than 15 products nationwide.
His portfolio includes apparel brands and electronic devices in addition to alcoholic beverage.
Put together, product endorsements signed by Kim are thought to bring in more than 5 billion won ($4.5 million) for the young star, who skyrocketed to fame while appearing in the MBC drama “The Moon that Embraces the Sun” (2012).
By Carla Sunwoo [carlasunwoo@joongang.co.kr]