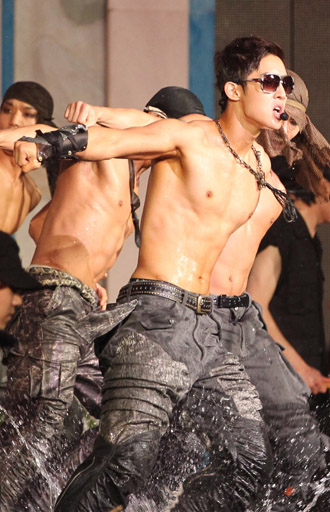 Keyeast Entertainment said on July 31 that all of the shows were a sell-out and that Kim had a great time meeting with fans from all over Asia.
“Kim has really made a name for himself as a representative Asian entertainer,” said a spokesperson for the agency.
“His fame is not just limited to Korea and Japan, but he has followings throughout Asia.”

Kim took extra care to orchestrate the fan meet tour that kicked off in May in Singapore. The agency said that Kim oversaw even the sound engineering of his shows, making sure that it was on par.
Per show, Kim sang a total of 20 songs and incorporated laser shows and movie scene re-enactments, making it a fan meet to remember.

“I was so happy during the tour. It truly was a tour to remember,” Kim said as he vowed to work even harder for his fans.
By Carla Sunwoo [carlasunwoo@joongang.co.kr]