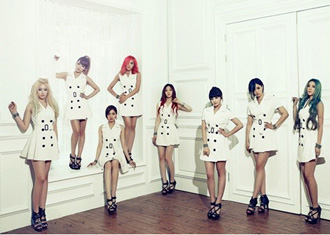 Kim Kwang-soo, the CEO of the Core Contents Media, issued a handwritten apology on Saturday about its girl group T-ara, which has been under fire over rumors one of its members had been bullied

The nine-member girl group was in the center of controversy recent weeks over rumors that Hwa-young had been bullied by group members.

Kim last week announced that his agency would terminate its contract with Hwa-young, saying she was the one who was causing a problem. However, that only caused more controversy and angered fans.

“I want to bow my head and apologize for the lack of explanation behind the reasons that led us to terminate Hwa-young’s contract,” Kim wrote.

The CEO also said that he will support Hwa-young wherever she goes.

Meanwhile, on Saturday three T-ara members - Eun-jung, Ji-yeon and Ah-reum - appeared on the MBC show “Three Wheels.” The appearance on the prerecorded program brought a rush of online condemnation by fans.