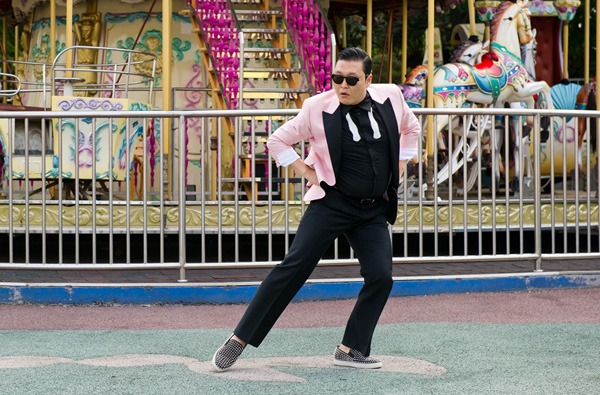 
Rapper Psy has made his way across the globe with his latest single, “Gangnam Style.”

CNN covered the amusing music video for the new single on Friday, saying it is “really getting a lot of reactions in New York.”

The news channel also noted the music video has won praise from music celebrities such as T-Pain and Robbie Williams and racked up 11 million views on YouTube in two weeks.

The newscaster went on to say Psy’s moves - especially the horse-riding dance - are fun to watch, adding that she would “try it out in the living room.”

T-Pain mentioned the video July 29, tweeting, “Words cannot even describe how amazing this video is” as he uploaded it for his followers.

Since releasing his sixth album July 15, the 34-year-old singer announced that he plans to take some time off from performing.