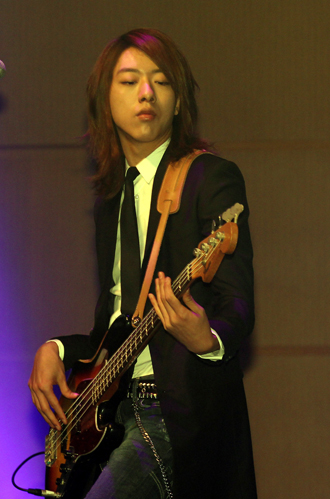 Lee Jung-shin of boy band CNBlue has been cast to play a main character in the upcoming KBS drama “My Daughter Soyoung.”

The drama is set to be broadcast after “You Who Rolled in Unexpectedly” on weekends. It will be directed by Yoo Hyun-gi, who previously worked on
“God of Study” and “Brain,” and written by So Hyun-kyung, who also authored “49 Days” and “Shining Inheritance”. The drama revolves around a complex relationship between a father and his daughter.

The bassist follows in the footsteps of his fellow boy band members, all of whom have become involved in acting.

FNC Entertainment, the agency of the four-member group, said that, “Lee Jung-shin has been receiving calls for drama roles.”

“He has spent a lot of time preparing and has long aspired to acting,” the agency added. “Please look forward to his debut.”
The first episode of the drama will be aired on Sept. 15.