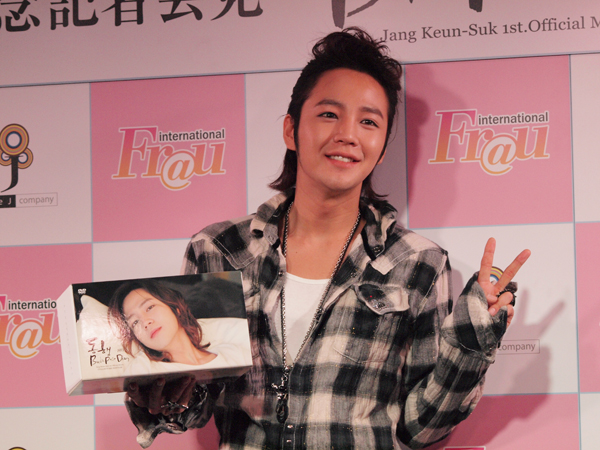 
Jang Geun-suk performed for an audience of 30,000 last Saturday at the Ultra Music Festival Korea 2012.

Team H, a project group formed by Jang and his musical partner Big Brother, were invited as a special guest for the electronic music festival held at Olympic Stadium, southern Seoul.

They performed six songs for 30 minutes specially arranged for the festival.

An official YouTube channel of the festival offered real-time coverage of the event, attracting more than two million fans. Many of them posted comments that Jang’s deejaying was great.

Team H is also scheduled to perform at Summer Sonic 2012, the largest urban music festival in Asia. The festival will feature such world-famous artists as Green Day and Rihanna. Meanwhile, Jang Geun-suk finished his “2012 Jang Geun Suk Asia Tour” while preparing for a concert this Saturday in Shanghai.

He also plans to perform Sept. 1-2 at Taiwan’s Taipei Arena.