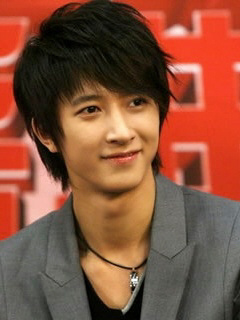 Former Super Junior member Hankyung has been photographed getting out of a car with Chinese actress Jiang Kai-tong during an alleged date. Hankyung and Jiang spent the evening together on July 23, according to a Hong Kong media outlet. The outlet reported that Jiang met Hankyung at a restaurant in Beijing after the 28-year-old Korean singer finished preparing for a concert.

This is not the first time the two have gone out together. In February, the two performers were caught together leaving for the Maldives. Even after a photo was revealed, the two denied rumors that they were dating. Both stars’ agencies have declined to comment.