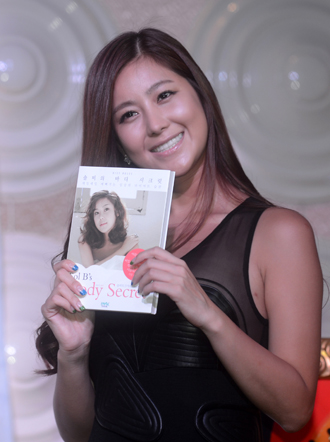 After finishing her diet book, singer Solbi plans to release a new album around the middle of this month.

“I will shoot a music video next week [for the new album],” she said during a Tuesday press conference for the release of her book “Sol B’s Body Secret,” which is in stores now.

The 27-year-old entertainer said via Twitter last month that she unveiled her beauty and diet secrets in her diet advice book.

The upcoming music album is her first in two years. She has been focused on performing and appearing as a guest on variety shows.

But her television appearances have slacked off this year.

“I think I took a long break. Still, I was able to do something that I have long desired, which is starring in a musical,” she said. Solbi was cast in the musical “Toxic Hero” last year.

She also commented on her future plans, saying that she would like to write a work of fiction at some point in the future because she “really loves novels”.