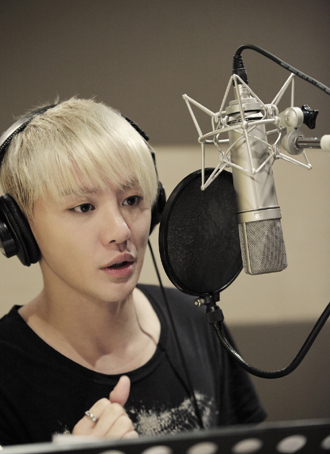 Kim Jun-su of JYJ will release a solo album with English songs on Aug. 23 ahead of the start of his world tour, the singer’s agency, C-JeS Entertainment, said in a release.

The title song of the album is the English version of “Tarantallegra.”

The agency said that it will pre-release the music video and songs through online download Web sites before the scheduled release date for sales in music stores.

The 25-year-old group member teamed up with Bruce Automatic Vanderveer of Sony Music for the upcoming single album. The producer has also worked with Christina Aguilera, The Wanted and Leona Lewis.

Kim spent a week in Los Angeles last month during which he worked on the songs and music videos.

His world tour will start in New York on Aug.30.