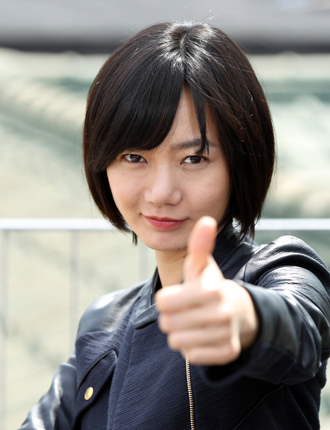 Korean actress Bae Doo-na has been invited to the upcoming Toronto International Film Festival, to be held from Sept. 6 to 16.

The 32-year-old actress will attend the opening ceremony to promote the world premiere of her first Hollywood movie, “Cloud Atlas,” and walk the red carpet with co-stars Tom Hanks, Hugh Grant and Halle Berry.

An adaptation of David Mitchell’s 2004 novel of the same title, the fantasy film consists of six nested stories that will take the viewers from the South Pacific in the 19th century to a distant, post-apocalyptic future.

Bae has been cast as a futuristic, genetically engineered clone. The star-studded movie wrapped up filming at the end of last year and will make its U.S premiere on Oct. 26.