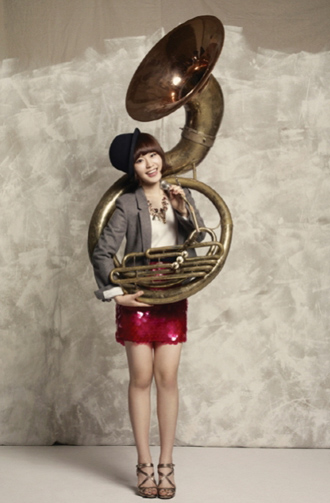 CJ E&M said yesterday that “Superstar K3” contestant Shin Ji-soo has been recruited by Loen Entertainment, the agency behind idol singer IU.
The media company said that Shin fielded offers from various agencies after making it into the Top 7, but decided to join Loen Entertainment as she considered the company the best fit for her talents.
Shin, 19, earned instant fame last year due to her soulful voice after appearing on the audition program.
CJ E&M’s music business team said that “After the end [of Superstar K3], Shin entered Kyunghee University with a major in modern music while building her music career by continuing to receive training from the ‘Superstar K’ team. We look forward to her bright future in K-pop.”