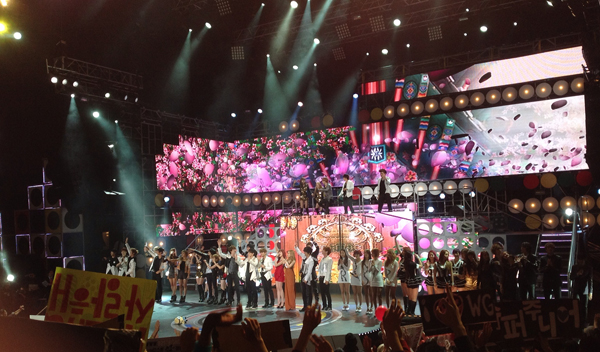 K-pop has taken the world by storm as the Korean Wave sweeps across Asia, Europe and the Americas. Now it’s made its way into the Oxford English Dictionary.

Washington broadcasting station WTOP announced last Friday that the prestigious dictionary has added “K-pop” to its vocabulary list. It defines K-pop as Korean pop music, and offered as example of usage “ The band has a style that mixes European music and K-pop.” The lexicon showed example of the word being used as a modifier “K-pop fans,” putting it under the mass noun category. Other words that made the new list include “Tiger mother” and “infomania.”

Being listed in the OED is the latest sign of the Hallyu’s growing popularity. Billboard has established a K-pop chart and releases rankings every week while YouTube and Facebook have launched separate pages for the music genre. Groups like Girls’ Generation and TVXQ have held sold-out concerts across the world.

Having begun in 1888, the OED is one of the oldest and most used English dictionaries in the world.