Kim Jong-min is dating a model

Kim Jong-min is dating a model 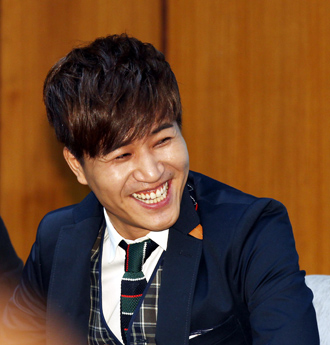 Singer and comedian Kim Jong-min has confirmed that he is indeed in a relationship, with a model at that.

Rumors began circulating in late July that Kim may be seeing someone after he was seen on the TV show “1 Night 2 Days,” texting “his mom” all night, with a big grin on his face.

Entertainment world insiders said that Kim is dating a model who is quite renowned and is currently working abroad.

“It hasn’t been long since they began dating,” said a source close to Kim.
“Only those close to the star know about it.”
Kim’s girlfriend is thought to be younger and he doesn’t want to make the affair public “out of respect” for her.
By Carla Sunwoo [carlasunwoo@joongang.co.kr]