Kim Gun-mo leaves ‘I Am a Singer’

Kim Gun-mo leaves ‘I Am a Singer’ 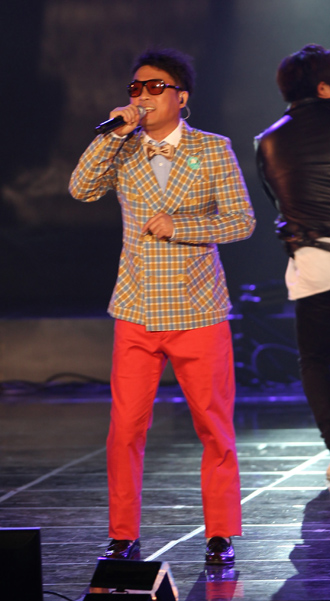 After more than a year on the singing-survival show “I Am a Singer,” Kim Gun-mo stepped down from the program for health reasons.

Kim’s agency announced on Aug. 14 that the singer fell ill while performing in the rain at an outdoor concert on Aug. 12, which meant that he was unable to attend the taping of the MBC singing show on the following day.

“He was in no condition to sing, and due to this reason, we decided that it would be best if he pulled out from the show altogether,” Kim’s agency said.

MBC previously decided to move up the filming schedule by one week, giving Kim even less time to recover.

Kim has competed on “I Am a Singer” from last year, and in October 2011, he celebrated his 20th anniversary in the industry.