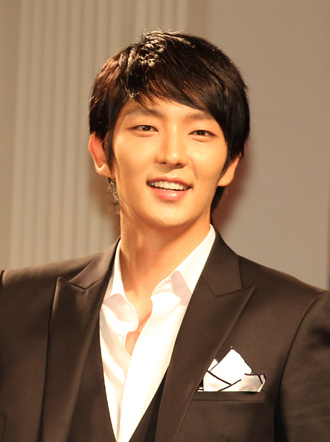 Lee Joon-gi received 10 tons of rice from fans worldwide on Aug. 10 which the hallyu star will in turn donate to charities.

Countless bags of the Korean staple were delivered to the Grand Ambassador Hotel in Jangchung-dong, central Seoul where the press conference for Lee’s latest drama “Arang and the Magistrate” took place.

Rice was flown in from far and wide from Malaysia, China, Singapore and Romania just to name a few places.

“Fans of Lee had begun collecting rice as early as three months ago,” said Lee’s agency. “We will talk with Lee about the best way to donate these gifts.”

The new MBC drama, set to air beginning on Aug. 15, is Lee’s first project since being discharged from the Army in early February.
By Carla Sunwoo [carlasusnwoo@joongang.co.kr]