‘Gangnam’ take 2 going out of style

‘Gangnam’ take 2 going out of style 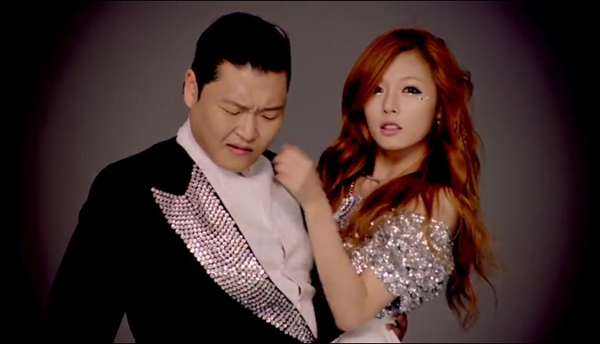 
A second version of Psy’s current hit “Gangnam Style” was released online yesterday to a mediocre response from netizens.

There has been a lot of buzz about the remake as Hyun-a from 4Minute, who appears in the original video, has a larger role in singing the song’s key phrase: “Oppa Gangnam style.”

Although the girl group member was given a more prominent role, the video was a flop.

The video accrued some 700,000 hits in just 12 hours, but most of the comments voiced disappointment with Hyun-a’s “poor vocals.”

“It’s like a chipmunk version,” said one viewer who claimed to have been a fan of the original.

The decision to make the subsequent version of the song came after the video’s huge popularity at home and abroad.

The upbeat predecessor was released over a month ago and has topped Korean sales and major music charts for weeks. CNN, The Wall Street Journal and Huffington Post have covered the song as well.