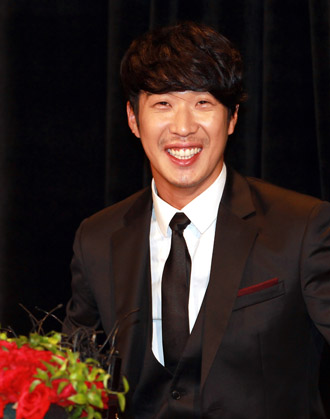 Just a day after announcing that he will wed singer Byul, entertainer Haha expressed his fondness for his bride-to-be at a press conference for his variety show “Infinite Challenge.”

At the press event, in between a bombardment of questions from journalists regarding where they met, how they fall in love, Haha sent a special message to his love Byul.

“Thanks for having me, as lacking as I am in so many things,” the singer said.
“I promise to become the best man I can be for you. We are going to have so much fun,” Haha said, before urging his bride to become the “No. 1 couple in the industry.”

The entertainer also promised reporters that the marriage would generate much entertainment for the public.
“Our family will be fun, funny and a positive force,” said Haha of his future household.