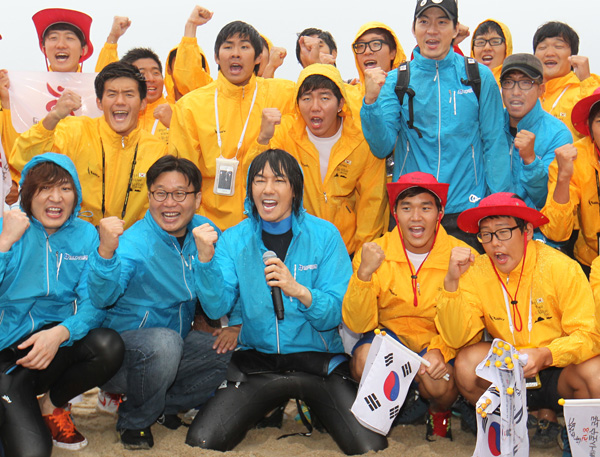 Kim Jang-hoon’s journey from the coast of Jukbyeon, North Gyeongsang, to the Dokdo islets was covered by CNN.

On Tuesday, the U.S. news network reported that, “A famous South Korean rock singer is just hours away from swimming into the diplomatic row over a small group of rocky islets in the East Sea, or the Sea of Japan.”

The event, which kicked off on Monday, was described in detail as taking place to mark Korea’s National Liberation Day yesterday.

On Tuesday, Kim also celebrated his 45th birthday onboard the accompanying boat.

Kim was among many entertainers and swimmers from Korea National Sports University who took part in a 55-hour, 230-kilometer (143-mile) swim relay.

The group reached the islets on the morning of Korea’s 67th Liberation Day.

After finishing the race, Kim was taken to a hospital for exhaustion as well as suffering from a panic attack.