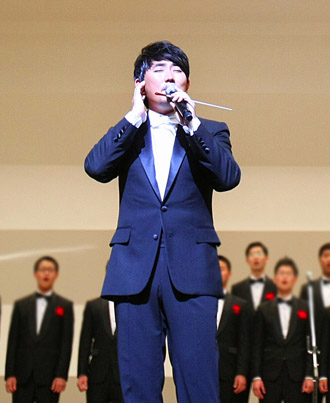 Singer Lee Seung-chul will release a song to help boost the morale of “Super Star K” contestants, just as the show is set to begin its fourth run.

At the show’s opening ceremony to be held at Jamsil Indoor Stadium on Aug.15, Lee will unveil the music clip to the song “Amateur,” which will also be contained on his 11th album.

The song contains lyrics like, “full of flaws, so far to go, but let’s just enjoy,” and “in this life, we are all amateurs.”

“I hope that through this song, many will gain inspiration and soldier on in life,” explained Lee, who has been a judge on the show since its first season.

Meanwhile, the singing-audition show will begin airing from Aug. 17.