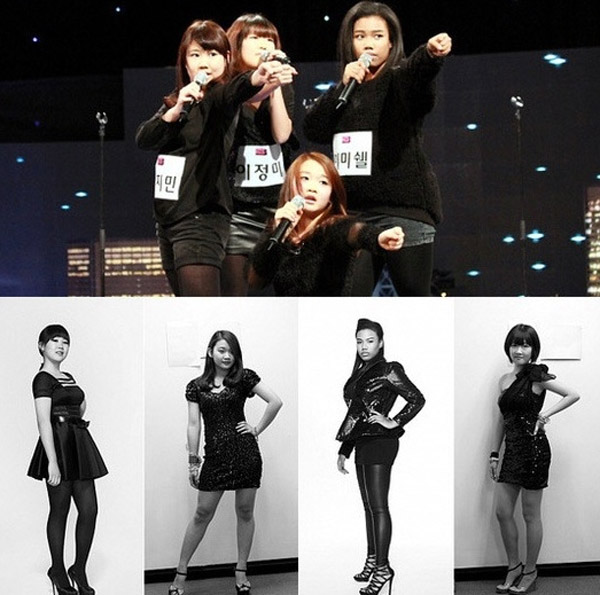 
Su Pearls, a female quartet formed from contestants on the show “K-Pop Star,” is set to make its debut next month.

Apart from the winner of the SBS singing-survival show, Park Ji-min, who chose to enter into a contract with JYP Entertainment, the remaining three members Lee Michelle, Lee Jung-mi, Lee Seung-joo, as well as the show’s runner-up Lee Hi will dazzle the public anew as the group “The New Su Pearls.”

The group’s formation was a natural step after the show ended in April: all four members had decided to sign with YG over other agencies.

A source from YG Entertainment told various media outlets on Monday that the four contestants from the hit TV show have been training since the program went off-air.

“They are just as good as the other trainees, who have been with the agency for years,” said an insider at YG who added that the group will be similar to the female group Big Mama, which made its debut as a quartet in 2003 with the agency.

YG Entertainment has ambitious plans right until the end of this year as it will also launch another girl group in October.

Previously it had announced that the new girl group would consist of five members all under 20-years-old. Two of the members of the group will also have started in singing audition shows.